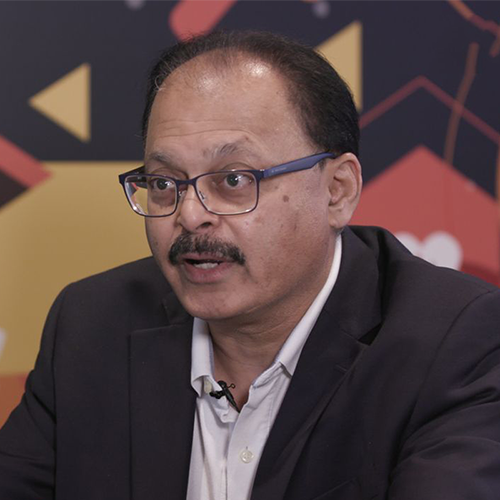 Mahesh has a MBA in General Management specializing in Corporate Strategy and Venturing from Rensselaer Polytechnic Institute, Troy, NY. He also specialized in corporate startegy, startegic alliance, M&A, PE&VC, Disruptive Innovations at Harvard Business School and The Wharton School. He has a MS Industrial Engineering & Operations Research from Syracuse University, Syracuse, NY and a BE Mechanical Engineering at R V College of Engineering from Bangalore University, India. 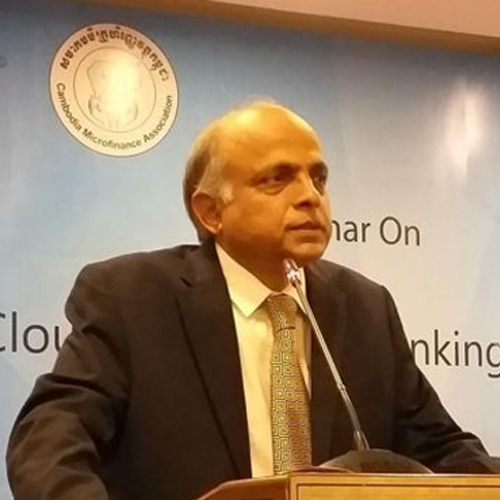 Guru Murthy is the Founder/CEO of Processware Systems (P) Ltd., a leading provider of software solutions to Aerospace, Banking and Financial institutions.

Guru has delivered talks at Indian Institute of Management, Bangalore, Institute of Co-operative Management, Karnataka Federation of Urban Co-operative Banks Ltd., and other microfinance seminars across the country. Guru obtained his Masters in Engineering and a Masters in Computer Science from University of Missouri - Rolla. He worked as a Senior Computer Scientist at Schlumberger prior to starting Processware.

CJ Bruno is a results-focused senior executive who, over the course of a 34+ year career as a Sales and Marketing Leader at Intel Corporation, has a proven track record in revenue generation, design-wins, demand creation, and brand building. His broad areas of expertise include leading global organizations, customer engagement, business development, global strategy, and partnerships.

CJ is an adept public speaker and company spokesperson who has delivered numerous keynotes and press interviews at technology industry events globally. As a corporate officer of a Fortune 100 company, CJ led teams as large as 1300 team members and continues to serve as a mentor to many of his colleagues.

After joining Intel in 1984, CJ learned the business during 3 years in supply chain and manufacturing planning. He then spent 15 years in large account sales in North America and 7 years as the Americas geography director of marketing. CJ went on to spend 7+ years as the president and general manager of the Intel Americas' business before becoming general manager of Intel's Global Accounts in 2016, where he delivered results to fuel Intel's transformation to a data-centric company.

Dr. Mehta is a board certified internal medicine physician working at Dignity Health system in Redwood City, California .As the Executive Director of Patient Experience for Vituity, Dr. Swati Mehta leads Patient Experience programs designed to help hospitals deliver world class care to greater than 6 million patients across the United states. She has a breadth of unique qualities including an expert in the healthcare customer experience vertical and a subject matter expert on Patient Engagement.

Swati is a Executive Physician Council member for Beryl Institute, an international organization for patient experience excellence . She is the Vice Chair of Executive Patient Experience council for Society of Hospital Medine and is an executive board member of Bay Area Chapter, S.H.M. She specializes in dynamic, engaging keynote presentations which serve to bridge patient , provider & Health care system experience in order to deliver excellent care & improve clinical outcomes.

Bob was with Intel Corporation for over 20 years, where he held various senior management positions in marketing, sales, and business unit management. Bob is a co-founder of Dark Signal Research. Dark Signal is a research company dedicated to solving hard problems in computer science and producing intellectual property based on those solutions. Bob graduated from University of Arizona.

Dr. Pachanathan was appointed Director of NSF by President Donald Trump and confirmed by US Senate. Dr. Panchanathan directs the NIH $8+ Billion research-education organization and programs.

Dr. Panchanathan was the Executive Vice President, Chief Research and Innovation Officer at Arizona State University (ASU), Tempe, AZ. At ASU, Dr. Panchanathan led "Knowledge Enterprise", was director of Cognitive Ubiquitous Computing and Foundation Chair in Computing and Informatics. He is a Professor in Computer Science and Engineering department at ASU.

Josh Lerner is the Jacob H Schiff Professor of Investment Banking at Harvard Business School and head of the Entrepreneurial Management unit. He graduated from Yale College with a special divisional major that combined physics with the history of technology. He worked for several years on issues concerning technological innovation and public policy at the Brookings Institution, for a public-private task force in Chicago, and on Capitol Hill. He then earned a Ph.D. from Harvard's Economics Department

Jeffrey Durgee was recently the Associate Dean for Academic Affairs and is currently Associate Professor of Marketing at the Lally School of Management and Technology at Rensselaer Polytechnic Institute. He teaches Marketing, Consumer Behavior, Branding, Marketing Research and New Product Development and does research on qualitative methods for identifying needs for new products and new brand positionings.

He has taught in the Lally School's Executive MBA, and taught Marketing to General Motors engineers for over 12 years as part of the Rensselaer Master of Science in Management and Technology. His research has been published in the Journal of Advertising Research, Psychology and Marketing, Advances in Consumer Research, the Journal of Product Innovation Management, the Design Management Journal, The Design Management Review, the Journal of Consumer Marketing and the MSI Working Paper Series. He recently published a book on consumer needs research and idea generation titled "Creative Insight: Finding Hidden Needs for New Products and New Brand Positioning". He is also the co-author of a new book on entrepreneurship in North Africa, "Entrepreneurship and Innovation in the Maghreb".

He has consulted on new product development and brand imagery projects for many companies including Procter & Gamble, Kodak, Coleman Camping Products, Hannaford Brothers, Meineke Car Care, O. M. Scott, Enterprise Rental Cars, Allied Demecq Spirits and Wine, and Autozone. He also conducts workshops and seminars for executives on Branding and Consumer Behavior, most recently for the Helsinki School of Economics. He worked in the Creative Research Department at Young and Rubicam in New York City. His Ph.D. is in Sociology from the University of Pittsburgh. His undergraduate degrees are from the University of Pennsylvania and the American University in Paris.

Reginald “Reggie” Dobson is an experienced healthcare leader with experience in Medical Devices, Digital Healthcare, Home Health, Telehealth, and Diagnostic Services. Most recently in his Role with Trident Health Services, where he most served as the Western Vice President of Sales and Operations for the Diagnostic and Home Health business. At Trident, he led a team of seven regional managers and 56 territory managers to exceed $75M in annual sales.

Reginald began his professional career in the military upon graduation from West Point where he received a commission in the Army. He served as an Airborne Logistics Officer during Operation Joint Endeavor, and as an Airborne Company Commander in the Special Operations Support Command. This leadership crucible taught him to plan in deliberate and expedited scenarios, make significant decisions within ambiguous environments, collaborate in a matrixed hierarchy, and subjugate personal needs to organizational mandates. Reginald strengthened his humanity and moral compass through deep life experiences.

Mr. Dobson graduated with a Bachelor of Science in Systems Engineering and Geopolitics Central/South America from United States Military Academy, West Point, NY. He has an MBA from Walden University.

Post-military, Reginald continued his career in the private sector as a Site Service Manager at the Intel Corporation, sales consultant at Medtronic, NuVasive, Stereotaxis, and various small startups where he achieved President’s Club honors multiple times.

For the past ten years Reginald successfully led both medical sales teams with Trident and Business Operations Teams within Honor Healthcare. He utilized strong leadership and collaborative teamwork to build high performing sales teams that increased market share and preserved profitability in competitive, complex sales environments. He is a charismatic collaborator and focused leader who consistently eliminates barriers by identifying and leveraging the key drivers of sales performance. Reginald builds winning sales cultures and operational teams by empowering individuals to make decisions that maximize sales and positively impact strategic initiatives. If you ask Reginald why his sales teams are known to succeed, he will reply that his “teams prevail over the competition and forces of commoditization through a laser focus on three initiatives: 1) talent management 2) segmentation, targeting, and positioning, and 3) sales force effectiveness.

Dr. Kalmadi is an Advisor at CEMOSoft, LLC. He brings his deep understanding of the field of medicine, patient care and healthcare business acumen to CEMOSoft innovations.

Dr. Kalmadi serves as Chief Medical Officer at Ironwood Cancer and Research Centers. Dr. Sujith Kalmadi completed his residency training and fellowship at the Cleveland Clinic in Cleveland, Ohio. He has served as academic clinical faculty at the Cleveland Clinic School of Medicine (Lerner School) in Cleveland, Ohio and subsequently at Baylor College of Medicine in Houston, Texas. During his tenure at these prestigious institutions, he pioneered several novel clinical research trials which have been lauded at national scientific meetings and published in peer reviewed journals. Dr. Kalmadi has a MD and medical schooling in India. He is board certified in Internal Medicine, Hematology and Medical Oncology.

His areas of clinical and research interests include several solid tumors and hematological disorders. He currently resides in Chandler, AZ and enjoys tennis, chess and racquetball during his spare time.